Are women more choosy on date than men? What do you thing? Women are twice as choosy as men when they go speed dating, research suggests. Why might that be?

However, a recent study into speed dating habits concluded that if men and women go to an evening and have 22 separate dates, men are keen to see about five women again, while women would only choose to see two again, on average. That means that for every offer a woman makes, she has roughly a 50-50 chance that the man will want to see her again too. But for every offer a man makes, he only has a one in five chance that the desire to meet again is reciprocated.

But why are men less fussy?

“This is something that evolutionary psychologists and biologists do recognise,” says Belot. “We know that across a whole range of behaviours women tend to take fewer risks.

“They relate this to the fact that making mistakes are much more costly for women than for men because of childbearing. So obviously if you make a mistake in dating the wrong man and having a relationship with the wrong man, you might have nine months carrying a child, then caring for a child. While for men, the costs are lower.” 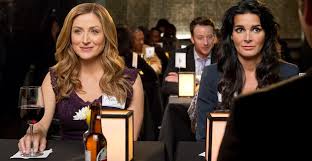 People marry people very similar to themselves – from the same socio-economic background for example. And economists argue that this stops social mobility between generations.

But speed dating shows that people are not too fixed in their views of who they should date, says Belot, if they are given the opportunity.

Finally which is your opinion? What do you thing about speed dating? Are women more picky with men?