They say relationship without argument is half and empty… and i think it’s truth. Every couple has had at least one argument. Disagreements between partners are bound to happen on a long enough timeline. The thing is when you’re in a relationship and are spending that much time with another person the chances are you’re going to argue…

1.I’ve got a tone problem, and chances are that when you’re upset, you do too. It’s okay, because it’s something you can work on. When people get into conflicts,they tend to become louder, or sound a bit more hostile than they usually do. I become very monotonous and condescending, for other people maybe it’s a sudden uptick in how sarcastic they are. Whatever it is, just know that your tone has probably changed. It may be involuntary, so try to dial it back as much as possible. Of course, you can always tell your partner you’re upset and you’re sorry about your tone. I’ve found that works wonders.

When you’re communicating during an argument, make sure everything you say has a purpose. That purpose should be an understanding of what the issue is, steps that can be taken to prevent the issue or minimize it, and eventually a resolution. Any other conversation will lead to a circular argument.

3.Don’t make it about winning

Arguments in relationships are not debates, they are the means to resolving issues that have gotten past the point of simple conversation. The thing is, no one wins in argument. Don’t try to make an argument a winnable thing, because it’s not and ultimately unhealthy. 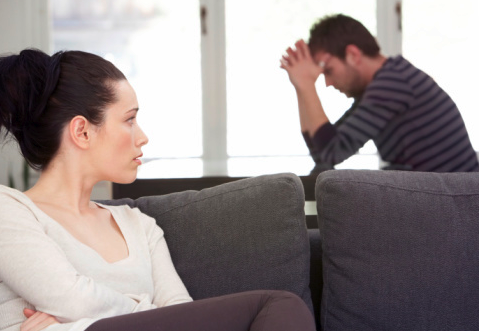 You’ve probably heard the common piece of advice on arguing “Never go to bed angry” well I’m here to tell you that it’s sort of true. I would say that it needs a little clarification, never go to bed angry, but don’t be afraid to revisit an issue if you think it’s not resolved. By all means, get your rest, but don’t rush toward a resolution because you’re tired. Call a timeout.

5.Dont go back on past issues.

If you’re like most couples, you’ve probably had more than one disagreement during your relationship. Maybe some of those issues still bother you, which is fine, just be sure that when you’re arguing you’re focused on your current issue. If you want to address why your boyfriend refuses to put the seat down after a year of dating, do it another time.

6.When arguing, it’s easy to turn the argument from being issues based to attacks on the person. It’s a natural response and it’s hard to separate the issue from the person who you have an issue with. I try to avoid making things personal is by trying  to de-personalize any  declarative statements. Instead of saying “You did this..” I would try saying “This happened..”. It might not seem like much, but making the issue seem more focused on a behavior and less on theirbehavior is crucial to eventually finding a resolution.

7.Use open body language. When discussing your conflict, use your body language to demonstrate that you are open to dialogue. This can allow the discussion to happen in a relaxed, effective way.