Coffee Meets Bagel.com : is an online dating website that offers a better chance at making a meaningful connection. 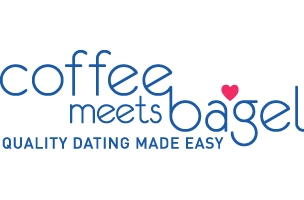 CoffeeMeet Bagels launched out of New York on April 17, 2012 by three sisters seeking to find quality men in The Big Apple. The company claims to match people up with quality partners using an algorithm. This allows users to find dates without putting in much effort. The service today is now heavily centered around their mobile app that was launched in San Francisco on October 24, 2012. As of June 2015, Coffee Meets Bagel became completely mobile and retired their website. According to ABC News, Coffee Meets Bagel raised $7.8 million before appearing on Shark Tank in 2015. After that, the company nearly doubled their external funding. The three sisters and founders of Coffee Meets Bagel rejected Shark Tank investor Mark Cuban’s $30 million dollars while on the show.

How does it works?

Members of this company sign up using their Facebook log in information, and answer simple questions regarding their age, ethnicity, religion, and other basic profile information about themselves, as well as provide similar input on what they are looking for in a potential match.

Once your profile is completed, each day at noon you will be matched with a new “Bagel,” which is normally a friend of a friend of yours. Coffee Meets Bagel says that people with mutual friends have a 40% higher chance of “hitting it off” than people who have no connections.

If both users select the match, instead of choosing to pass, you will be given a private line through which to chat, so there is no need to exchange actual phone numbers until you choose to do so.

When logging into the app, users receive daily rewards, which consist of different amounts of “coffee beans.” Coffee beans allow users to unlock special features and more can be earned when logging in everyday. Coffee Meets Bagel is sometimes called the Groupon of dating apps, because when two people decide to meet up face to face, Coffee Meets Bagel will provide fun incentives like a free appetizer or coffee for the pair at a nearby restaurant.

Coffee Meets Bagel makes it easy to communicate without having to give out any personal information. If two matches mutually select “like” within the 24 hour time period, Coffee Meets Bagel gives the two a private phone line.The couple can then use this phone line to communicate and set up a meeting time. This allows for the two people to connect without sharing personal contact information before they are ready to. How much does it costs?

For general matching services, Coffee Meets Bagel is free of charge. However, for the use of extra features they do charge fees, but unlike other dating services these are not charged automatically each month – they are only charged when you decide you want to use them.

An example of a paid for service is if you want to see the mutual friend that linked you to your match, users can choose to pay a small fee which has been quoted as 65 cents to do so.