You like a guy and you have gone some nice dates with him but suddently he stops call or text you back.  Basically, whenever he doesn’t call or text you back can drive you CRAZY. In these situations, it can be tough to figure out what to do. The hopeful part of your brain wants to believe something happened, like his phone “died” or he’s really, really busy with other stuff or maybe your phone is broken and the text just didn’t go through. Then there’s that miserable part of your brain that is imagining the absolute worst. So how do you deal? What do you do? Dont bombard him with messages

When someone is not responding to you, the absolute worst thing you can do is bombard them with your own messages. It’s the easiest and fastest way to push someone away and make them really annoyed. 😕

Reach out in person if it’s possible

If so, casually try to reach out in person. It’s obviously a lot harder to lie and avoid someone when you’re looking at their face. Don’t seek him out or mysteriously show up at places you know he’ll be. If he avoids you or acts weird, you’ll know something is up. 😐

Avoid writing about it on social media

Again, you don’t want this to be a public affair – it’s between you and this person and it’s no one else’s business. Avoid sub-tweeting nasty remarks or making “subtle” Facebook statuses that are obviously about him and the situation. You might think it will catch his attention and make him want to call you, but really it will just make you look immature and annoying. 😡

Don’t wait around for him

I know how easy it is to obsess over a possible text or message from this dude when he’s been blowing you off. But please don’t wait around for him. Don’t keep your phone glued to your hand or jump every time it makes a noise. Don’t stay home just in case he calls. Go out, live your life and try to put this in the back of your mind. If he calls, great. If not, whatever. You have better things to do with your time. 🙁 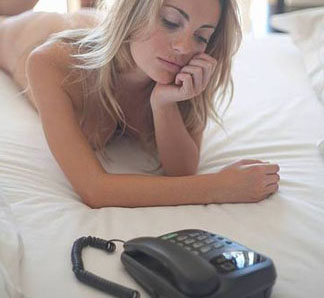 Move on and cut your losses

If he never responds to anything? Seriously, forget about him and move on. First of all, showing him no attention and doing your own thing will give off a better message than sending him a long, angry text explaining why he’s a dirtbag. Second of all, if he’s not going to respect you enough to answer you, he’s not worth your time at all. Cut your losses and move on now. 😀